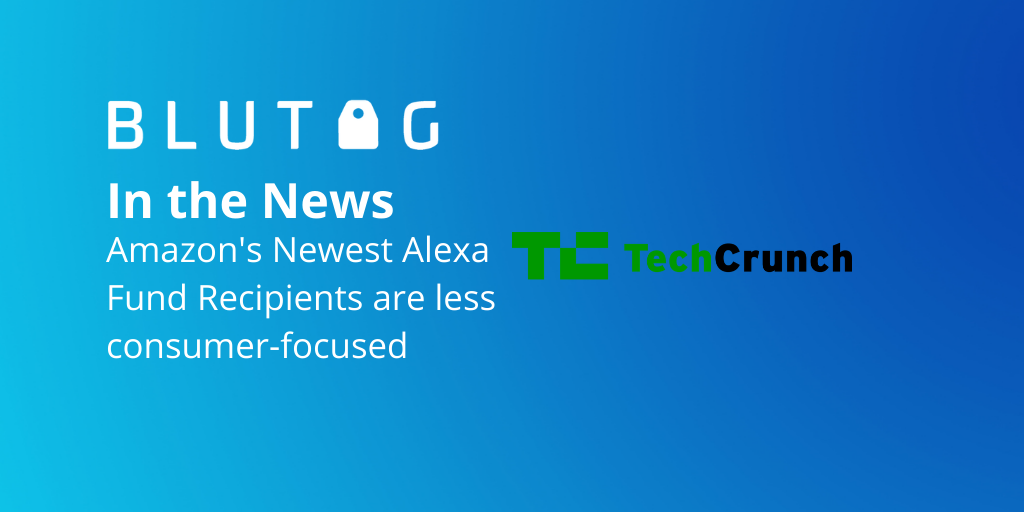 The idea behind the accelerator is to help fuel early-stage companies developing for voice, giving Amazon an equity stake in the businesses.

The teams will participate in a three-month long accelerator program that culminates on October 9th with Demo Night, where they’ll present their business to venture capitalists and angel investors, and present their new Alexa experiences.

Amazon says it received hundreds of applications from 44 countries around the world for the 2018 program, and narrowed it down to nine it believes have the most potential.

During the accelerator program, the companies will improve their products, refine their business model, and develop for Alexa, while receiving mentorship from both Techstars and Amazon, as well as the broader Seattle community.

This year’s batch includes participation from the following:

Blutag seems especially relevant to Amazon’s interests, as its company is helping stores create voice-based shopping experiences for their customers. It aims to enable retailers to build a voice-based store without coding, allowing customers to shop by asking Alexa for a particular product, then receive personalized product suggestions over text or email.

A number of these companies in this cohort are more focused on supporting businesses, rather than consumers, using voice technology. That’s not surprising given Amazon’s recent interest in putting Alexa in the office and in hotels, for example.

Amazon’s Alexa Fund backs the participating startups with an initial $20,000 funding in return for a six percent equity stake. The startups also have the possibility of receiving another $100,000 as a convertible note.

However, there have been some concerns that along with the rewards, there are also risks for startups joining Amazon’s program. As The WSJ pointed out as did The Information, some entrepreneurs have taken a wary view of working with Amazon’s VC arm – especially after it led the Series A for home videoconferencing startup Nucleus, then proceeded to directly compete with it with the subsequent launch of the Echo Show.

But on the flip side, startups get an early peek at Amazon’s Alexa roadmap, and access to Amazon staff for help in developing Alexa skills.