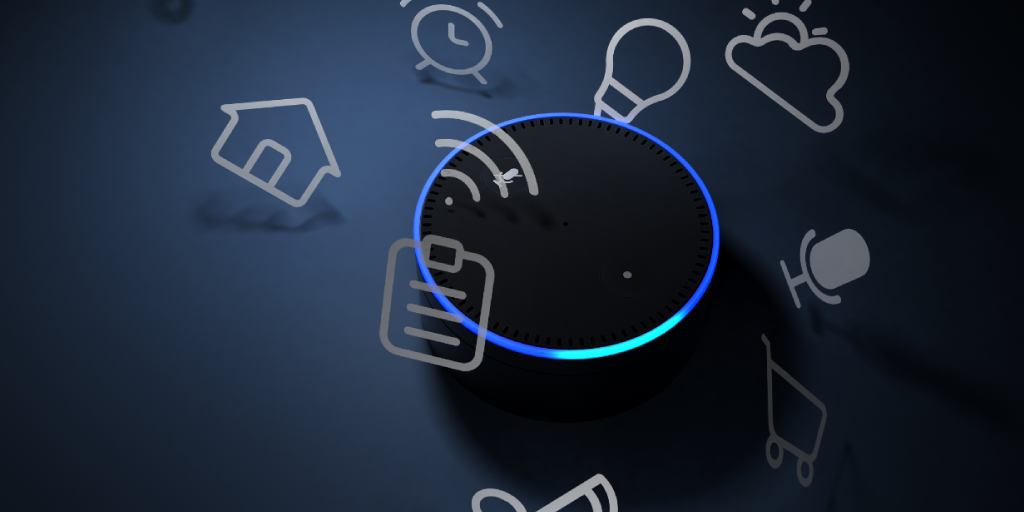 On July 21st, 2021, Amazon hosted the Alexa Live virtual event focused on generating new excitement among Alexa skill builders, device makers, startups, and business leaders to learn more about ambient computing and the incredible role voice technology will play in the future of ecommerce as we know it.

This year's Alexa Live event outlined the incredible value and utility that voice technology will play in the future of humanity. By creating and sustaining such an active and vibrant developer and builder community, Amazon has unleashed the perfect strategy for ensuring the future growth of voice technologies that will deliver the next generation of connectivity—providing businesses with exciting new ways to interact with their target markets.

Amazon is extremely optimistic about the unbridled potential that voice technology offers to the future of ambient computing. Sometime in the near future, it looks pretty likely that humans will be interacting with technologies in radically new ways that will be vastly enhanced by tools such as Amazon's Alexa interface that will provide access to users of all ability levels in a streamlined and intuitive way.

Marketers have long sought ways to create new advertising methods directly inside people's homes, automobiles, and other once-private locations. New updates to Alexa provide new types of audiovisual advertising to be rolled out, and voice technologies are at the center of that.

According to Amazon, the future of ambient computing means being able to seamlessly interact with technology in a powerful hands-free way. Just as the ecommerce giant has disrupted the business world by setting new standards and expectations around the customer experience, such as free returns and two-day shipping, they are again seeking to create far-reaching changes in how people interact with voice-powered retail technologies.

Alexa Live 2021: Voice Technology is the Future of Ecommerce

During the 2021 Alexa Live Keynote Presentation, Jeff Blankenburg and Debra Chapraty revealed a vision of the future that makes voice technologies seamlessly and unobtrusively a part of everyday life. Ambient computing is a bold vision of a connected future where technology enhances human experiences and accessibility is equal for all.

"Developers and device makers have been core to Alexa's evolution, and they will be critical to the future of our entire family of devices and services," said Alexa chief technology evangelist Jeff Blankenburg. "And it's exciting to reaffirm our commitment to the Alexa builder community and share the latest product advancements and insights on the future of voice."

Voice technology interfaces such as Amazon's Alexa are at the center of that by creating new innovative possibilities for engagement and interaction, two of the things people and the brands they care about are highly motivated to pursue. One of the things announced at Alexa Live 2021 that makes that more possible is the arrival of APL (Alexa Presentation Language) Widgets.

Now, Alexa-supported devices such as Echo Show, Fire TV, and Fire tablet will have voice-enabled skills and actions matched with the potential for developers to integrate visual material to be shown alongside. The result is an entirely new way for advertisers to harness the power of voice technology for business by deploying a new means of audiovisual storytelling right inside devices used for billions of new actions and searches daily.

Another new Amazon Alexa developer tool released at Alexa Live 2021 is the addition of Featured Skill Cards. Like the addition of APL, this developer tool has a myriad of applications and allows for special visual information to be displayed when users make certain commands. An example of how this could be used would be for a featured skill card to be designed around visual information is shown on the screen to go along with an audio-based description of the offer promoting a new line of products with a tip telling customers to ask "Alexa, show me the new summer collection"

Tools like featured skills cards and APL are vastly enhanced by the voice technology utilities found in updates to Amazon Alexa's Name Free Interaction (NFI) Toolkit. Now it's easier than ever before for brands to harness the power of voice tech to deliver incredibly intuitive conversational interfaces to better activate, excite, and engage their target markets.

Another important innovation released at Alexa Live this year is the expansion of Amazon's deep learning tool, Alexa Conversations, to the entire English-speaking world, with additional tests currently being conducted in Japanese and German. Amazon claims this tool has successfully doubled the amount of user engagement for the development of Alexa skills.

This addition is great news for all developers interested in rolling out even more interactive and engaging user experiences with the power of voice technology.

"Our vision for Alexa is to be an ambient assistant that is proactive, personal, and predictable, everywhere customers want her to be. This enables them to do more and think about technology less. It's our long-term vision, which means there's a lot of work to be done to make this a reality," Blankenburg said. "These tools and features will make it easier to drive discovery, growth, and engagement, unlock more ways to delight customers, and address a few key focus areas."

The future of ambient computing is bright indeed, and Blutag is proud to support the work of industry leaders like Amazon. 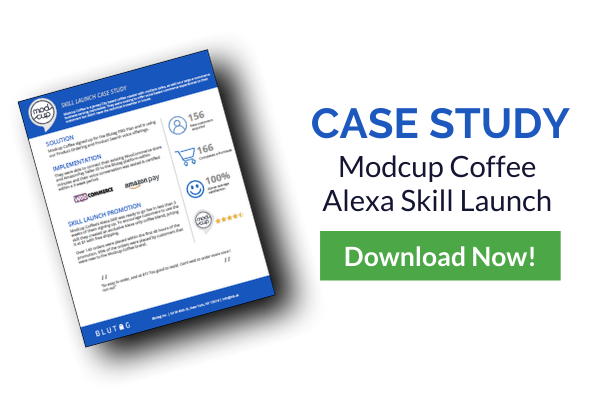 NRF 2022: 4 Key Takeaways from Retail’s First Show of the Year