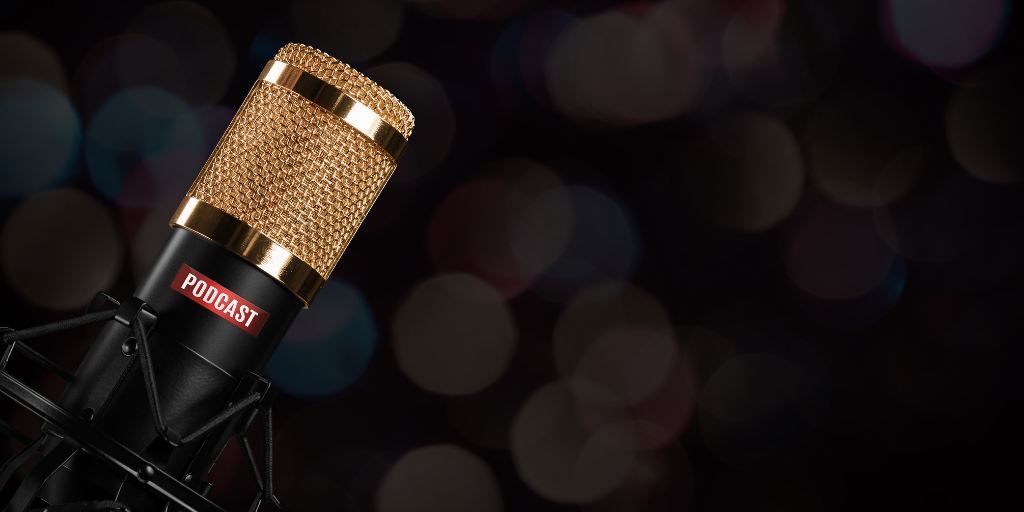 Recently Blutag Co-Founder and CEO Shilp Agarwal was invited to speak with Jeff Blankenburg, Principal Technical Evangelist at Amazon Alexa for the Alexa and Friends Podcast. Across an hour-long conversation, the pair discussed various themes touching on everything from Shilp's ideal superpower, early professional career, and vision for success in the voice commerce industry.

Be sure to check out the podcast to listen to this exciting and engaging conversation between two of the voice technology industry's most magnetic personalities. Keep reading this podcast re-cap to learn more about the conversation.

Alexa and Friends with Jeff Blankenburg

Jeff Blankenburg: Hello, everyone and welcome. My name is Jeff Blankenburg and I'm here with another episode of Alexa & Friends. This week, I welcome Blutag Co-Founder and CEO Shlip Agarwal onto the show.

Shilp Agarwal: It's great to be here Jeff. Thank you for having me.

Jeff Blankenburg: We've seen lots of movies in the recent past about all sorts of different superpowers and superheroes. I'd love to know if you got to pick one superpower for yourself, what would you pick?

Shilp Agarwal: It's interesting you asked that. I would choose a superpower that allowed me to time travel. I'm going to date myself, but I've come from the age where we've seen everything from no telephones to those dial phones. I grew up with no television in the house. So we've gone from living in that way, to where we are today with things like mobile voice technology. I feel that in the short time we are here, it is hard to understand the innovations of the time. I would like to go 1,000 years into the future to see where humanity is at that point.

Jeff Blankenburg: Where did you come from? What was your educational background? Where did you go to school? What kind of jobs did you have before doing what you're doing today? Please give me that history of where you've been.

Shilp Agarwal: Absolutely. I grew up in India. My childhood was in India. It was relatively smaller, not a metropolitan city, but a smaller town in Central India. I did my schooling there, and then I moved here junior year of high school. So I moved to the USA in 11th grade, went to high school and college in Northern New Jersey. I studied computer science at NJIT. After graduating from school, my first job was with Lucent Technologies.

Eventually, my friend and I decided to start our own company. That venture would eventually become SZUL Jewelry. At the time, we were one of the first companies to try selling diamonds online. Between 2000-2018 I served as the founder and CEO of that company. A few years ago, we were acquired and I am happy to say the company is still successful today.

Jeff Blankenburg: Very cool. Okay. So you exit, and then you decide to go where?

Shilp Agarwal: At that point, I was trying to see what selling things with voice would look like. So early on, we imagined that process could start in a few different ways. The very first version of Blutag was designed to allow you to ask Alexa a question about a product, and the system would then send you an email.

So the first demo that we did was like, "Hey, Alexa, I'm looking for some black dresses to wear to a cocktail party in a couple of weeks." At the time, our platform would respond: "Hey, I found you some recommendations. Let me send you an email." It would generate and send an email, like a personalized newsletter based on that search.

So that was the initial product that we had. In the time since, Alexa has evolved so much and we knew: "Okay, let's integrate with Shopify first". So we created an integration with Shopify and then set towards getting our system to work with other ecommerce platforms. 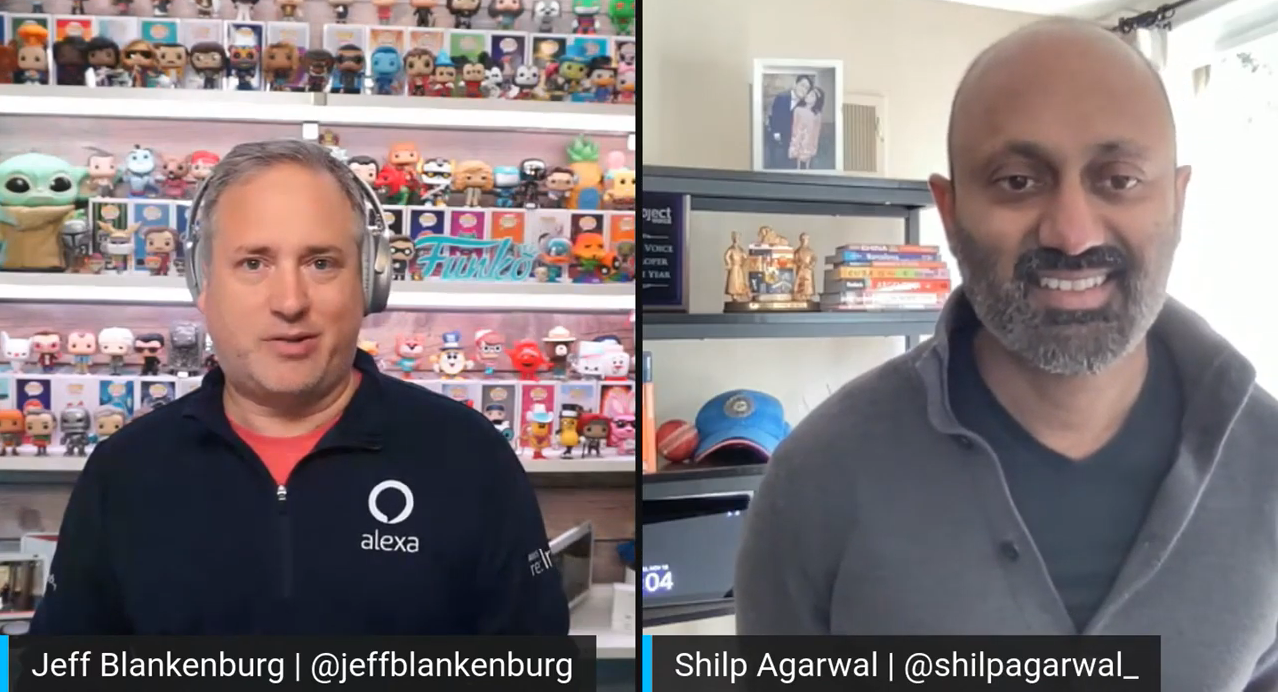 Jeff Blankenburg: Just to set the stage as we dive more into Blutag here, when did you officially start the Blutag company?

Shilp Agarwal: So Blutag, even before that whole voice idea, the very first version of starting something was very focused on the personalization aspect of it, and at that point this was like pre-Alexa. The initial thought was to do a personalized mobile app, which is basically tailored towards a customized user experience. There's a lot of that now, like an Instagram for shopping type of thing. That was the initial idea while back, but by late 2017 we had shifted towards the current concept of Blutag driving voice shopping.

Jeff Blankenburg: What are the things about Blutag that you're most excited about right now?

Shilp Agarwal: I think right now, what we are excited about is that voice has definitely taken off. When we started, it was a little early for what we were trying to do. Everybody knows now that voice will play a big role in many different aspects, including commerce. In an unfortunate circumstance, because of the pandemic, ecommerce exploded and smart speaker usage went up significantly. So we sat right at that intersection, and our products just got accelerated. Initially, when we were getting our very initial customers in 2018, there were a lot of customers experimenting with voice saying, "Okay, we'll spend a little bit of money just to see what this thing is all about."

But I think over the last ten months, I would say it's changed a lot. Everybody has gone outside of that experimentation saying, "Okay, it's not an experiment. This is a thing." Maybe they still don't know if it's 12-months out or 24-months out, but they know it's happening. So I think what's exciting is that we get a lot of interest from pretty much every size retailer, realizing that they all need to be a part of this new area of voice commerce.

In the near future, there's going to be certain aspects of your shopping journey that people will expect to do over voice as their main or their first preference. It'll be expected. It's just like tracking your order. Something as simple as that. I think you should be able to track every single order, Amazon or not, using voice assistance. Our customers are doing that, and I think that's going to be something that will become the norm. People will just ask that question, assuming that it's going to work.

Again, you have to consider that there's a lot of things that have limitations around voice recognition, personalization, identity, all that stuff right now. But being able to even quickly check your balance on something like a loyalty program will be expected. People have points and they're curious about what their balance is. A brand could get a lot of phone calls about that, and now their customers are asking voice assistance or Alexa like, "Hey, what's my balance on this program?" And it says, "This is how many points you have." So those are also the things that are, again, everything that you can think of is just a quick task.

There's no reason to launch a browser for that, and it is ambient computing. These devices are going to be all around us, whether they're waking you up at home or in the car or controlling your television. The other thing that changes is that right now people still have to think about it, like "Hey, I know this voice experience which is on Alexa, so let me try to talk to Alexa." I believe that mindset is going to go away. It will be truly ambient regardless of what voice assistance it is. It's almost going to be similar to a responsive website, or it's going to be similar to each team or code that works on all different browsers.

It's different, but I think that tech needs to become seamless from one assistant to another. Like we will be in a world where we wake next to an Aquadoor. You go into the kitchen, and there's a Google device. You go into the car, and your Tesla's got its own voice assistant. So how do you make sure that you can carry that conversation throughout somebody's day? Is that something that we'll see happen? I think it's going to be required.

Jeff Blankenburg: Yeah. I'm sure you've heard of the Voice Interoperability Initiative, VII. I think that's the beginning of this world as you're describing. Talk to any assistant at any device?

Shilp Agarwal: Yeah, we're so early with this, and that's why time travel is one of those things that's exciting. I think we'll be actually time traveling in the next five to 10 years. That's how it's going to feel with this technology. 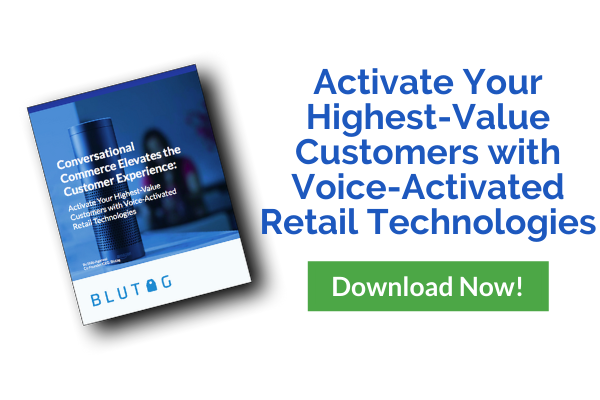 Retailers are taking over your smart speaker! - Voice Applications for E-commerce